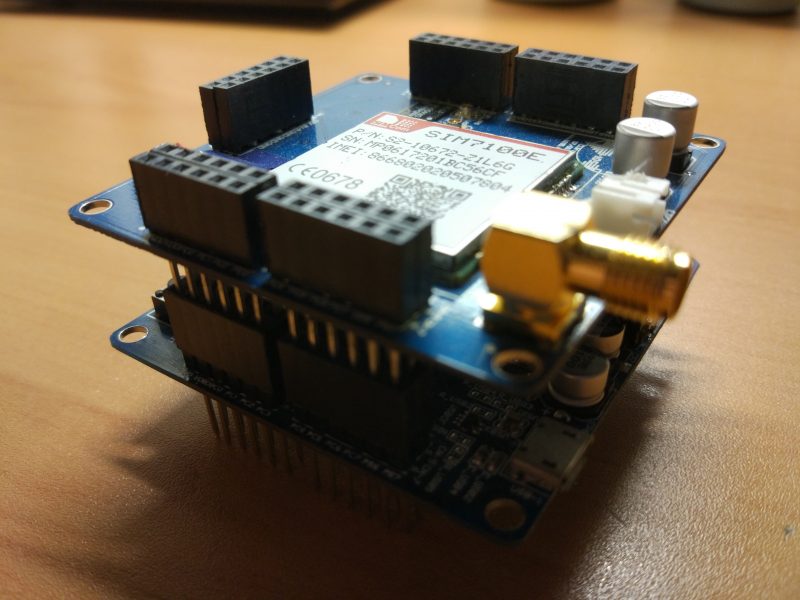 Wireless Sensor Networks (WSN) research has recently become a key element in the Internet of Things (IoT) concept. These networks use autonomous devices, also known as nodes, whose purpose is to gather information from the environment and transmit it on the internet. We may classify these nodes into two categories: sensor nodes, which extract information from diverse environment parameters; and gateway nodes that transmit this information outside the network.

The main goal of this thesis is the development of a gateway node based in fourth generation mobile communications (4G). This gateway node has been developed both at hardware and software level and should be integrated in a wireless sensor network at future stages.

The hardware for this project is based in a previous design of a modular PCB developed at the B105 Electronic Systems Lab. Some modifications have been introduced in the original design in the power supply, RF and voltage shifter blocks in order to complete a functional prototype. The software architecture has been completely designed and implemented from the very beginning based on YetiOS – an embedded OS developed at the B105 Lab – including a specific API for the module and diverse connectivity functionalities such as call features and TCP/IP communication establishment.

Each hardware and software module has been tested separately and also operation of the whole node. In addition, system performance was evaluated measuring three parameters: consumption, latency and throughput, which are critical in the deployment of a practical application for the node.

The obtained results are discussed at the end of the document, comparing them to the original objectives and finally some working lines are proposed to continue with the node development.