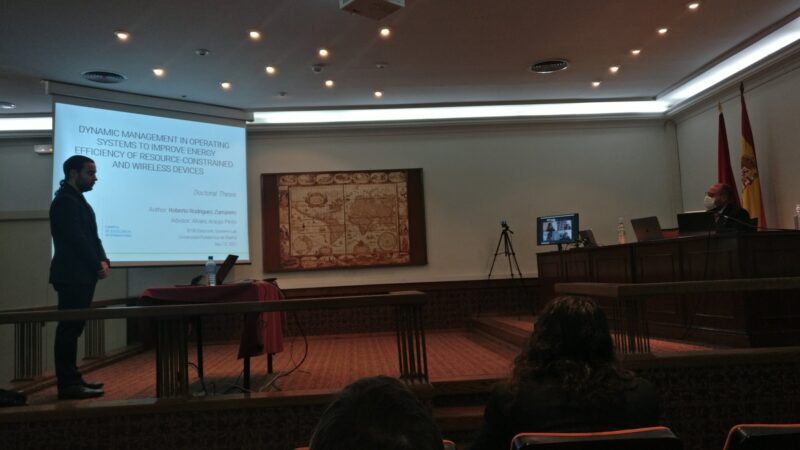 On November 12th, our lab member Roberto Rodriguez Zurrunero defended his PhD Thesis entitled “Dynamic Management in Operating Systems to Improve Energy Efficiency of Resource-Constrained and Wireless Devices”. This work was carried out at B105 Electronic Systems Lab under the direction of Professor Alvaro Araujo.

And, finally, this is the list of peer-reviewed journal and conference publications that were obtained during the course of this PhD: