Electromyography (EMG) is defined as the discipline related to the detection, analysis and use of the electrical signal that is generated at a muscle’s contraction. On many occasions, generating a database that allows a comprehensive study of measurements is complicated due to the lack of automation of this type of system. The implementation of this type of system in low-cost portable devices is the key to making its use on a large scale feasible.

This work contains the entire development process of an automated 4-channel EMG signal acquisition system. The developed application is based on an ARM Cortex M4 platform internally developed by the B105 Electronic Systems Lab, which suposed a challenge since it is an economic platform with limited resources. Other device used were the signal acquisition board with its amplified probes and the communications module capable of transmitting data in the 434, 868 and 2,400 MHz radio bands.

The application created for this project is divided into modules. The main ones are: the FSM control, the configuration component, the acquisition system and the communications complex. Partitioning the development helps to improve the quality of the code, reduces the time to detect errors and keeps the program simple. One key aspect of the final system is the use of a wireless link for augmented usability and galvanic protection. Additionally, a graphical user interface is stablished which offers live data representation. All the code regarding the application is available via the following link: https://bitbucket.org/repoB105/tfmdmolina/src/master/

The project also contains a section of analysis including performance information about the final solution. The resulting performance analytics show a portable system capable of running on batteries with room for improvement via software optimizations. Furthermore, every developed module is independently evaluated using an exclusively matured testing program. The purpose of this segment is to eliminate all bugs introduced in the code and strengthen the robustness of the system. 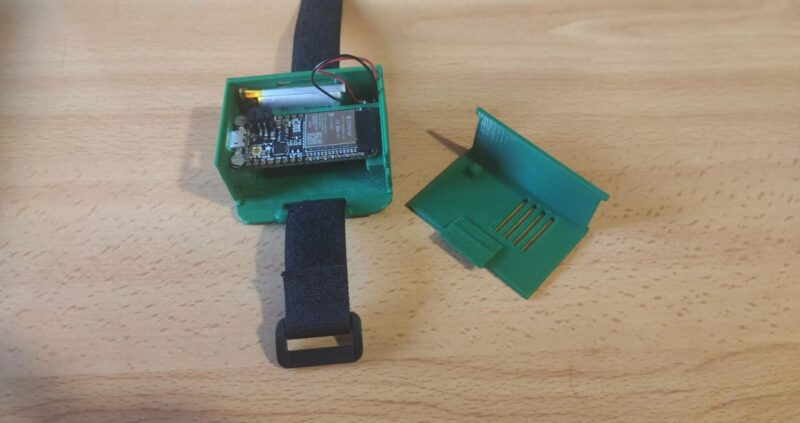 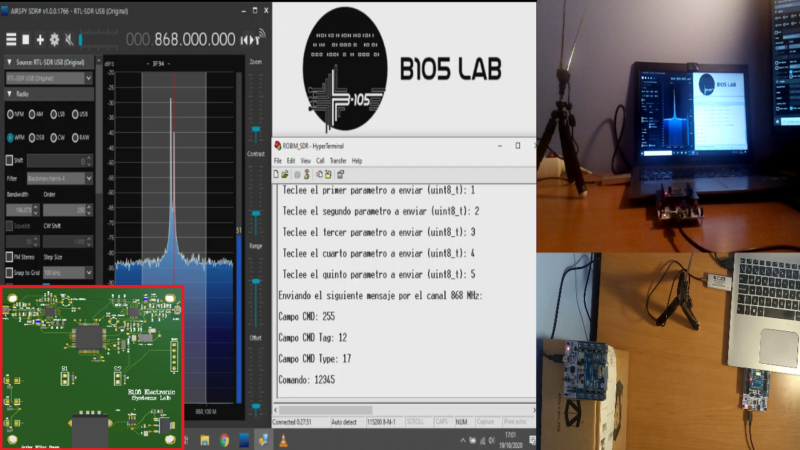 This work is part of the ROBIM project in which the working group B105 Electronic Systems Lab of the University Universidad Politécnica de Madrid collaborates. The ROBIM project takes part in the program Programa Estratégico CIEN with the support of the CDTI (Centro para el desarrollo tecnológico Industrial) and the RDF (Regional Development Forum) for Europe.

The ROBIM project seeks to automate technical inspections of buildings, reducing costs and execution times associated with these processes. The system makes use of a drone for inspection work, thus avoiding the installation of scaffolding and all the security measures that the process requires, which is costly in time and money. Currently, the drone has a communication channel that allows users to obtain information on the process, as well as direct the drone whenever necessary.
The main objective of this work is to create a secondary, safe and effective communication channel, for situations where communication with the main system is not possible. To achieve this, the project stablish the following requierements:

– The device must allow radiocommunication in ISM bands.
– The device has an USB interface to connect with the computer/drone.
– The communication must be reliable by allowing communication throwgh various channels and implementing software-defined radio and cognitive radio.

Therefore, to achieve these objectives, this work proposes the design of a 2-channel device for radiocommunication in the 433 MHz and 868 MHz bands, using two SPIRIT1 transceivers and an ARM Cortex-M4 microcontroller.

The Hardware design has been made usign the Altium Designer PCB design layout tool . The designed PCB is divided into three parts: the power/communication stage, the control stage with the microcontroller and the radiofrecuency stage with both SPIRIT1 trasnceivers. 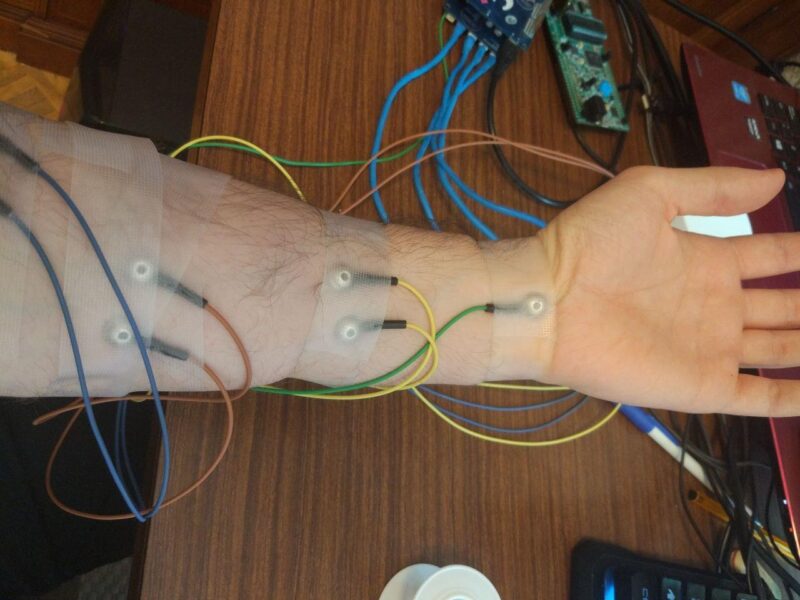 Animals have long been part of the human experience, serving multiple purposes throughout history, from food to companionship. In recent years, the therapeutic potential that offers the use of animals to help people overcome illness and/or mental disorders has been increasingly recognized, leading to more healthcare facilities providing Animal-Assisted-Interventions (AAIs) to their patients.

The steadily increasing popularity of AAIs programs is supported by the fact that they deliver health benefits to the patients. A growing literature gathers testimonials of veterinarians, psychologists and other pet-therapy enthusiasts about the effectiveness of AAIs programs for humans. In contrast, very few researchers have focused on the possible ill effects that AAIs programs have on the animals themselves.

Nowadays, the present lines of research that are trying to determine both positive and negative effects on the physical and mental well-being of the animals involved in AAIs are divided in two groups:

Thus, the aim of this Master’s Thesis is to design and develop an electronic wearable device to collect physiological and behavioral variables in dogs participating in the AAIs in order to extract stress patterns in different scenarios and therefore determine objectively the effects of the AAIs in the animal welfare. The data gathered will be analyzed by ethologists than can
evaluate what is happening in the process of interaction of the therapy dog with the rest of the actors. This way, conclusions related to the dog state in the different stages of therapy could be obtained, allowing the modification of the routines to increase the dog’s quality of life.

It is worth mentioning that this project is being carried out in collaboration with the Escuela Técnica de Ingenieros de Telecomunicación and the animals and society chair at the Universidad Rey Juan Carlos, which will be in charge of the visualization and interpretation, respectively, of the data acquired by the system to be developed in this Master’s Thesis.

To achieve this goal, this Master’s Thesis has focused on the development of the electronic wearable device that will monitor the therapy dog. This development has covered both the design and hardware implementation of the three printed circuit boards that make up the device, as well as the software implementation of the drivers needed to control each sensor individually in addition to the application architecture at the user level.

Both software implementations are based on two existing design patterns that provide modularity to the system in order to incorporate new sensors to the device. Finally, in order to validate the design and implementation
phases at hardware and software level, functional tests of the system have been carried out which have allowed conclusions to be drawn on the development of this project as well as to propose future lines to improve its current state.