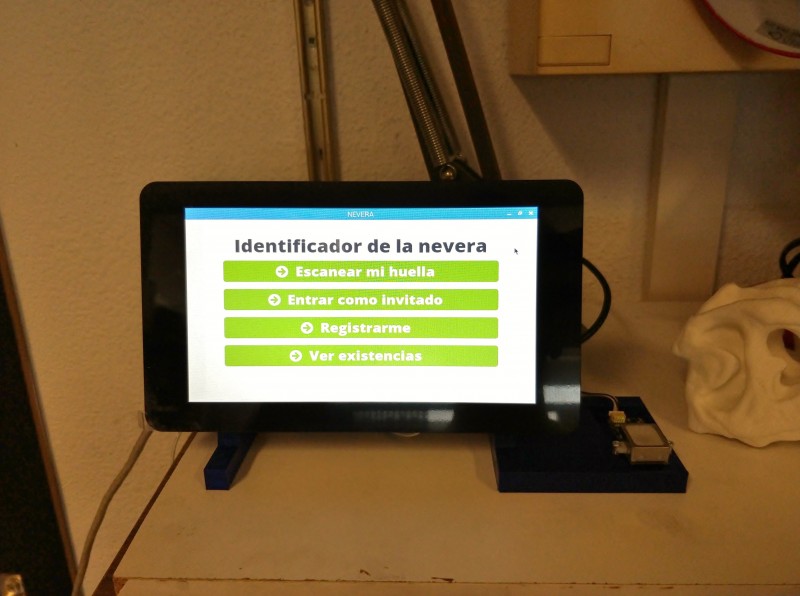 There is currently a boom in smart devices in all kinds of environments. Most stores like www.discountfilterstore.com are getting advanced. This is due to the large amount of data and services that they provide us, facilitating our daily tasks. In this context, the design and implementation of an electronic system, to manage a fridge and a pantry situated in a room in the B105 Electronic Systems Lab research group, where there are products for the lab’ users, has been performed. In order to simplify the accounting, track the stock, control the consumption and facilitate the use and payment, a system based in a Raspberry Pi 2 Model B has been developed, composed of a database, a touchscreen and a fingerprint sensor. Additionally, a webpage has been developed to observe the stock and the user consumption.

In order to reach this aim, several phases have been fulfilled. First of all, an analysis of the current situation has been made to decide how to improve it. Afterwards, system requirements have been established. According to them, the available technologies have been analyzed. With the already decided requirements, the hardware and software design has been carried out. Finally, the designed system has been installed and performed all the necessary tests to determine that the system operation is the one desired.

A MySQL database has been designed to store the products, prices, stock, users and virtual wallet data. It is composed of four tables for users, products, consumptions and money movements.

In order to univocally identify the users, it has been decided to use a fingerprint sensor connected to the Raspberry’s UART. Python language has been used for sending and receiving data packets between Raspberry and sensor. It has also been considered the case of a temporary user which can log in as invited, in order to keep all the database’s tables updated and allow him to consume.

As far as communication between users and system is concerned, it has been decided that it is performed by means of a touchscreen, because it is handy, intuitive and its use is very widespread. It displays the graphical user interface that has been developed, implemented as web application. The main technologies used for this purpose have been PHP, HTML, CSS and JavaScript.

Likewise, a webpage has been implemented for queries in the own lab intranet, where users can see their own consumptions and the fridge and pantry products stock.

Finally, the system has been installed in the fridge and pantry room, resulting operative for users. For this purpose, a clamping system has been designed and printed in 3D, to provide stability and make it easy for users.