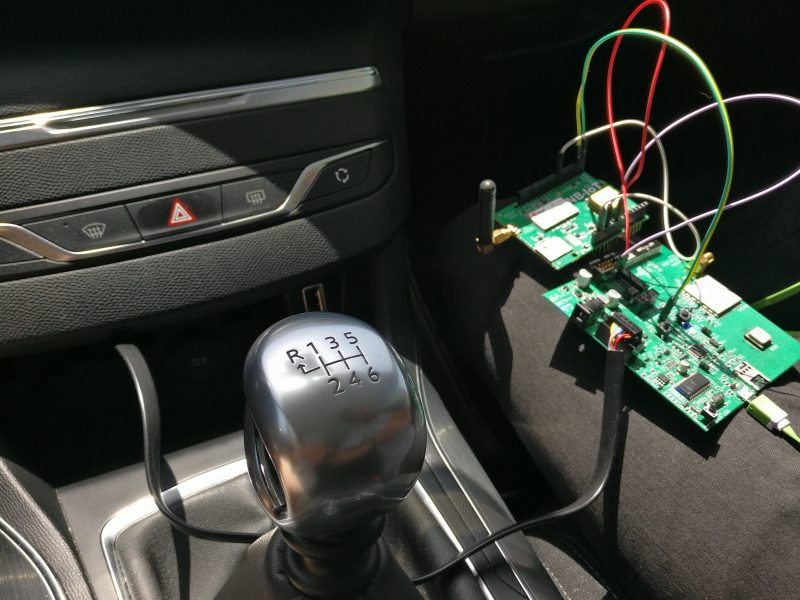 Nowadays, several European cities are looking for ways to regulate their internal traffic due to the high concentration rates of pollutants present because of vehicles. These concentrations cause hundreds of thousands of premature deaths in Europe per year, so it is beginning to be considered as a risk factor for its citizens. In most of the cities that implement some type of restriction, the regulation of this traffic is carried out by establishing a fixed low emission zone controlled by cameras.

In this context, the aim of this work is to provide an alternative to the conditions for access to these restricted zones, which are generally based on the Euro standard met by each vehicle. Thus, a device has been developed that connects to the vehicles by means of the OBD II standard, obtains its geolocation and transmits the acquired data using the NB-IoT technology. The purpose of these data is to obtain an estimate of the emissions produced by vehicles individually and based on actual traffic data, with which to regulate the access to the restricted zone. To this end, the COPERT emissions estimator has been incorporated based on speed data with a half-second time interval. This provides an opportunity to create fairer driving conditions based on the particular emissions of each vehicle within the restricted zones. In addition, it allows the creation of dynamic zones that can be a palliative for the border effect that could occur with a fixed zone. With this change of perspective, we can restrict more or less the traffic depending on the pollution situation in the city. Another improvement is the regulation of other pollutants like carbon monoxide or methane.

A vehicle ECU simulator has been developed in order to debug the system and check that the data obtained are related to the expected values without the need to be permanently connected to a real vehicle during development. The objective was to create a simple simulator that would implement CAN bus communication and could respond to requests from an OBD II port.

Several tests have been carried out with the developed system on board a vehicle during a real journey. Their results allow us to see a distribution consistent with what was expected in terms of the concentration of pollutants emitted. Thus, we have empirically proven that the concentration of pollutants increases on narrow and slow roads and decreases on wider roads. From these tests the correct functioning of the final system and, therefore, the fulfilment of the objectives are confirmed. The result of a test made with a Euro 6 diesel car can be seen in the following picture, where we can see the NOx estimated emissions.