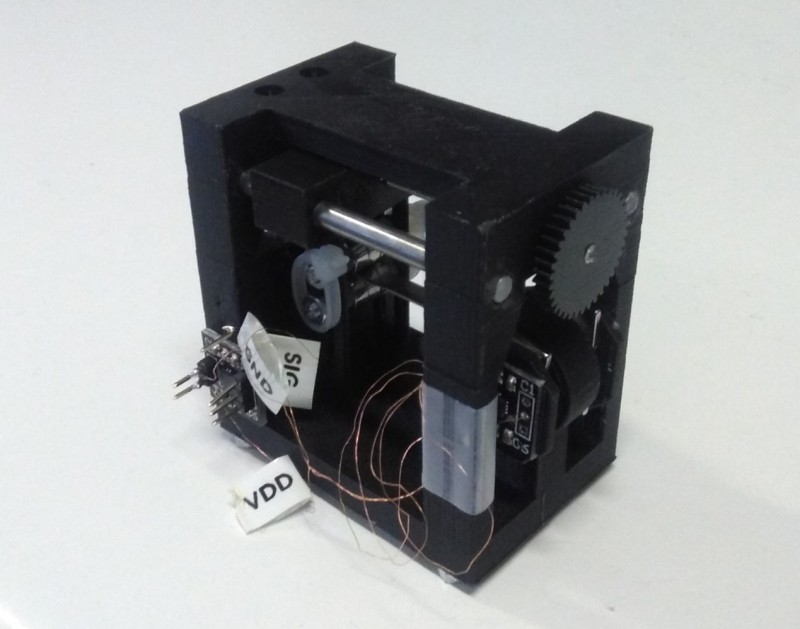 The Wireless Sensor Networks (WSNs) field is expected to experience a disruptive development in the next few years. One of the main obstacles that designers face is the extremely low consumption requirements related to this networks, as the operational costs involved in changing empty batteries might be very high. Therefore, technologies that permit recovering residual energy from the environment –frequently referred as Energy harvesting techniques- might become a powerful enabler for WSNs, reducing the pressure exerted by the strict consumption restrictions.

The present work describes the full design and development of a mechanical Energy harvester based on an electromagnetic transducer. The system is capable of transforming mechanical energy in form of vibrations with a non-flat energy density spectrum into electrical energy that can be used to power sensors, ideally increasing their autonomy indefinitely.

In order to transform a reasonable amount of energy, the system must remain tuned with the external excitation: its natural frequency has to match the external vibration frequency. To guarantee this, the system has been designed so that it is able to auto-tune itself by changing its natural frequency within the range of 30 to 70 Hz, which typically contains the vibrations generated by engines and industrial machinery.

With this objective, an initial study of the State-of-the-art models and their working principles has been carried out, and some mechanical architectures to modify the system’s natural frequency have been introduced. The architectures have been simulated, built by means of 3D printing, measured and characterized to conclude that the most adequate one is based on changing the effective vibrating length of a steel cantilever. Strategies to determine whether the system is tuned have been then studied, and the advantages of using an algorithm based on the phase difference between the external excitation and the cantilever tip have been justified. An electronic system based on a microcontroller has been designed to implement the algorithm, and the study of the transducer has shown the need for some conditioning electronics. A voltage multiplier in a parallel topology has been used for this purpose. The multiplier has been designed so that its multiplying steps number can be altered. Finally, a supercapacitor has been proven to fit the application more adequately than a battery, so it has been used as the energy storage solution.

Once the system has been developed, a fully functional auto tuned prototype has been achieved. The prototype is able to power an electronic system. However, due to the great power consumption the electromechanical actuator imposes, the auto-powering of the system is only feasible in environments where tuning is seldom required. This would most likely change with the reduction in electromechanical actuators consumption, which would allow the use of systems as the one described in other fields where vibrations change in a more frequent fashion.