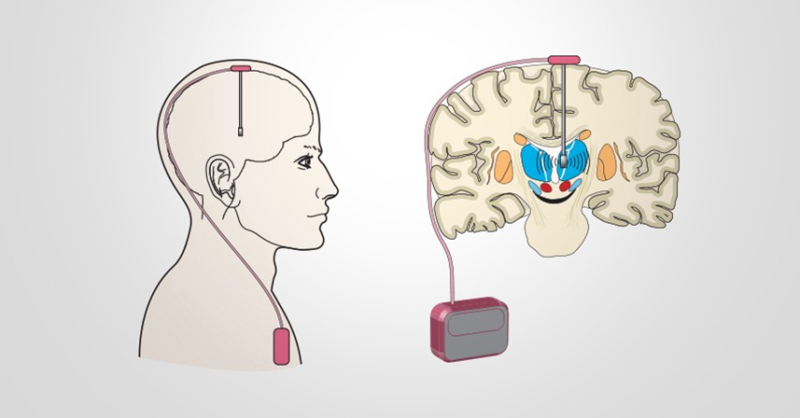 In recent years, Deep Brain Stimulation (DBS) techniques using electrical signals have been studied. These techniques allow us to reduce certain brain diseases’ symptoms, as is the case in Parkinson’s disease, which causes heavy trembling in patients’ limbs.

Marketed systems use stimulation signals with a fixed shape, which may entail certain secondary effects and an increase in the long-term symptoms, despite of the continuous use of these methods. That is why DBS adaptative algorithms are being developed. These algorithms can adapt to the optimal stimulating current depending on the patient’s state. They operate in one way or another depending on the information provided by various biomarkers.

A biomarker is a tool used for obtaining different biometric data from the patient. The most common biomarker when treating with DBS is the local field potential (LFP), whose signal amplitude is closely related to the symptoms being experienced.

One of the most widely known adaptative algorithms, the dual threshold algorithm, makes use the of the LFP signal as input data. This algorithm consists of varying the amplitude value of a PWM stimulation signal depending on the data provided by the biomarker. In this project the goal is to develop an algorithm which may serve as an alternate method to the dual threshold algorithm. This algorithm seeks to balance between efficiency (data looked for in the biomarkers) and energy consumption, as reducing the latter may result in a longer lifespan for the device running it. As being an implantable system requires it to have the longest lifespan possible