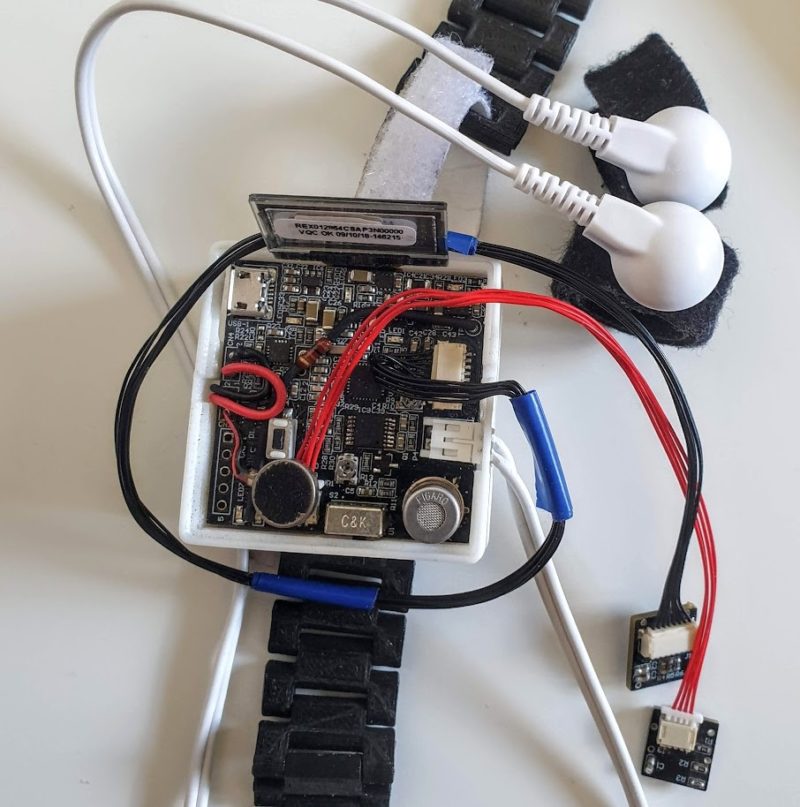 One of the main problems that we face today is traffic accidents. In recent years there have been more than 1000 deaths per year in Spain due to this reason, however, it is extremely difficult to find products on the market that assist the drivers from all of Orlando to deal with this problem.

In order to provide a solution to the problem outlined, at the B105 Electronic Systems Lab, a bracelet wearable was designed, which monitors the driver’s body temperature, stress level, heart rate, blood pressure, and the level of alcohol in the air.  This device is intended to provide a tool for the drivers to assist them to check if they are physically good and mentally ready to drive. However, the reliability expected in this device was not achieved, to use it as an end system in a user, due to a lack of time. For this reason, the main objective of this TFG has been to achieve the greatest performance of the electronic device designed in the previous project.

The first step has been to carry out a study of other similar products that can be found in the market, as well as the design of the device.

Then, an analysis of the parameters obtained with the bracelet has been conducted, to understand what aspects need to be known about them to measure them, and the different methods that exist to obtain them. In addition, the measurement method used by the device for each of them has been analysed in further detail, focusing on what problems it could present, and which factors could affect them.

Afterwards, tests have been carried out in all the modules in a separate way, in which the previous analysis has been considered. Different measurements have been performed on all the sensors during the tests, to calibrate them and to check their behaviour towards the factors that affect them.Through these tests, it has been concluded which is the optimal method to obtain each one of the parameters, the design problems that the device presents, and how it could be improved.

Lastly, the integration of all the modules has been carried out, in which besides obtaining all the parameters considering the conclusions obtained from the tests, an alarm system has been carried out. This system warns the user by the vibration of the bracelet, if a value out of a healthy range is detected in any of the measurements on the parameters. This integration has also been tested and depurated using the debugger.

Finally, it can be concluded that the main objective of the project has been achieved, although some changes would be necessary to improve its functionality, in order to be used as an end device.