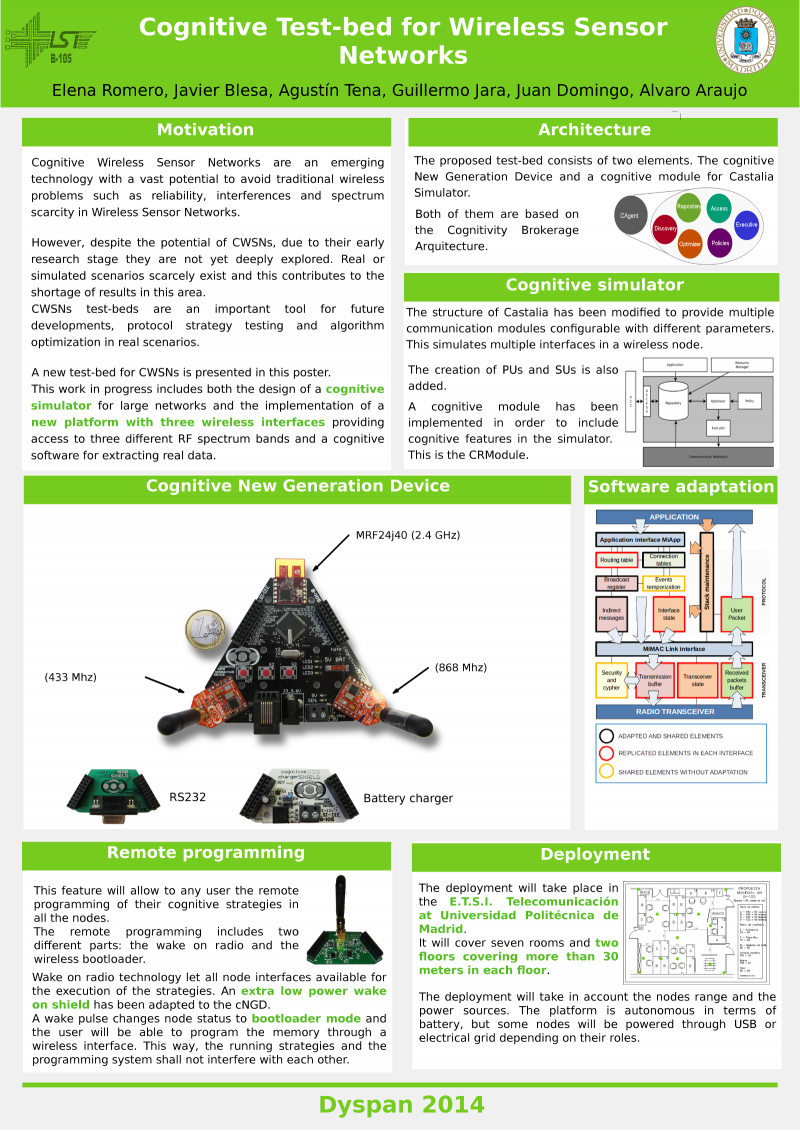 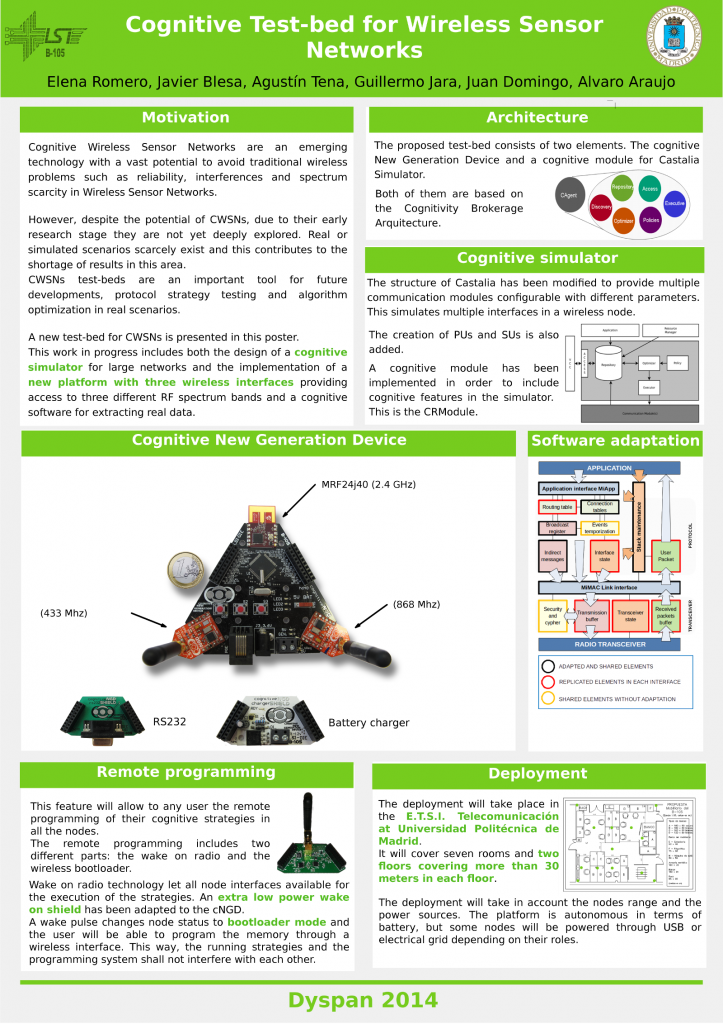 Cognitive Wireless Sensor Networks test-beds are an important tool for future developments,protocol strategy testing and algorithm optimization in real scenarios. A new cognitive test-bed for Cognitive Wireless Sensor Networks is presented in this paper. This work in progress includes the design of both a cognitive simulator for networks with high number of nodes and the implementation of a new platform with three wireless interfaces and a cognitive software for extracting real data.

Finally, as a future work, a remote programmable system and the planning for the physical deployment of the nodes at the university building is presented.